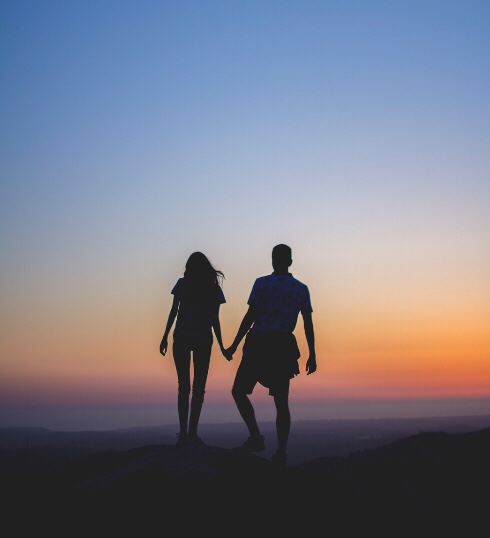 Quite unlikely my inbuilt nature of not getting out of the bed until the whole world has woken up and moved out of their bed, I woke up that night at a time when I could still see the bright, pearl and octopus-shaped star patterns in the sky from the kitchen window. I can’t really recall the time, but I felt I had been sitting by the kitchen window for long hours that night as I could fairly remember the placement of each star on the bed of sky. I looked plainly at them as they gradually got dim. That sounded more like my life – gradually getting dim.

I poured some more water into my glass and exhaled a long breath before I gulped the whole content of the glass. I struggled to look at the wall clock in the dark kitchen when the only source of light were those sleepy stars and the moon. It was that night when I figured out how foolishly I was misinformed since my childhood about the sound that each passing moment in the clock makes. It did not tick-tocked ever, it was plain and simple tick – tick. It was quarter past 4. Almost the time for him to wake up.

There was not a moment when my mind was not occupied in his thoughts that night. We have been together for almost three years now, but nothing ever seemed to grow old between us. Disagreements and misunderstandings were anew every day. He thought I had a problem with him and I had started to feel I was a problem for him. My heart ached with the thought of not having to argue and defend ourselves from the following day onwards. How foolishly and easily we fall prey into the hands of bad habits. Is it really the daily disagreements alone that we would miss about each other? When did we start to fail to make good and happy memories together – oh, hold on, since the beginning? I never supposed this would feel worse.

I picked myself up from the kitchen shelf and looked at each corner of the house, the obvious as well as oblivious ones, as I headed towards the study to pick up the stuff I packed last night. I loved that part of our house the most – the study. Oh wait, I could smell the fragrance of all those moments when I was busy reading my favorite book and he played my favorite songs on guitar sitting right in front of my eyes. How cleverly I intended to send to him no signs of my state of enthrallment in those moments. I believed that if I pretended to be annoyed when he played songs while I read then he might never quit doing it. And that was the whole idea. When you love something and is made obvious, you soon lose the thing. There I was, my nose into my book and there he walks into the room with two cups of tea in his hands. I could see it all now. Maybe I was not quite right when I thought we never made happy memories.

With a heavy heart sinking deep into the silence of that fading night, I picked up my bag and walked straight into the bedroom. There he was, sleeping on his left. Sound and peaceful. His careless posture limited to one-third of the area of the bed reflected all the efforts he too had to go through to put the grief in his heart to sleep along with him, trying hard to not to be affected by the empty another half of the bed. In that one moment, I felt like a bird alone in this whole world. Homeless and unloved. I have always assumed that a man is poorer than others if he doesn’t have at least one person in his life who makes it difficult for him to give up on. I placed my hand on his warm right arm and uttered: God bless you.  How undue and unnoticed that blessing turned out to be. He was asleep; unaware of the pains of togetherness we have been going through for years. How silly of both of us. So much of hue and cry over the destruction of what we never really created.

I walked all around the bed to have a look on his face, even though his eyelids must have covered his black eyes but, for the sake of all the silent moments we have shared together, how could I miss a chance a talk to those eyes for one last time, however, shut. Tears rolled down my face as I recalled, looking at his face, all the times when we failed tremendously to show how we could have changed our lives by changing ourselves.

Every cell in my body was crying for an escape, an escape from the routine we both have been living for years. And at that moment, I discovered I had that one person who made it difficult for me, too, to give up on – it was him. Without restraining much I turned to leave the room as soon as possible when I heard the voice from my back: “You are back where you belong”. His voice. I turned back – half in joy, half in fear. There he was, still sleeping, belonging only to me. “You are back where you belong” – this ‘you’ was reformed. It didn’t sound familiar but quite joyful.

And suddenly everything to me seemed to change. Even the things tried and used seemed like a new plan to start everything anew. Standing between two of us – Sound asleep him and wide awake me – was a guard of love. Yes, not the love itself but the guard of love. Standing between us in that room was a promise. A promise to stick by each other through the countless disagreements. A promise to come back home only to each other and to nobody else. A promise to not let go. How can we destruct something which is not yet created? But did that mean we could never really create anything together? Certainly not. I looked at the two-sided wooden clock in the room. It was almost 5. I was sleepy and with an urge to say goodbye to that night, I dropped my bag on the floor and hit myself to the remaining two-thirds of the bed he had spared. I seemed to belong perfectly to that portion of the bed right by his side.

16 thoughts on “Let’s Belong Together.”